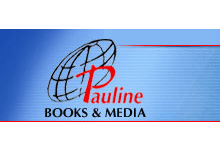 A number of artists have made recordings.

If you make a recording of any of Liturgical Song's catalogue of sacred music, please contact us.