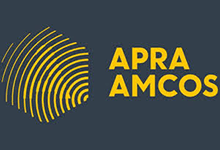 Liturgical song is music wed to prayer text. The liturgy comprises a variety of different forms of prayer, each requiring a different song form for musical expression. Each part of the Mass takes one of the following seven forms:

An acclamation is a spontaneous joyful vocalisation sung by all, accompanied or unaccompanied.

A cantillation is a kind of spoken singing, usually unaccompanied, where the melody and rhythm is close to that of speech. It is used when prayers, readings and proclamations are sung instead of recited. Cantillations are sung by the priest celebrant or other minister and conclude with an acclamation of assent sung by all.

A dialogue between priest and people is used at the start of the Mass, and to introduce each major part – the Gospel, the Eucharistic Prayer, the Communion, and the dismissal. Dialogues are sung unaccompanied.

A hymn is a song of praise with no other accompanying liturgical action. There are only two hymns in the Mass, and they are not always sung. Singing of the “Glory to God” is by the choir or cantor alternating with the people, or entirely by the people or entirely by the choir alone (GIRM 53). If there is a song of praise after communion, singing is by the entire assembly (GIRM 88).

A litany is a prayer with a series of invocations or intercessions sung by a cantor or other minister, with a repeated response sung by all.

A processional song is one that accompanies another liturgical action. Songs with refrains and a variable number of verses are most appropriate. The beginning and ending should match the liturgical action. Singing is by the choir or cantor alternating with the people, or entirely by the people, or by the choir alone; alternatively, an instrumental solo may be played instead of singing a song (GIRM 48, 74, 87, 313; MS, 36, 66-67).

The responsorial psalm is sung scripture with no other accompanying liturgical action. All sing the psalm response at the beginning and after each verse; the cantor of the psalm sings the intervening verses. The texts are prescribed, with options to use the given psalm of the day or one of the common seasonal psalms or antiphons in the lectionary, or a chant from the Graduale Romanum or the Graduale Simplex (GIRM 61).